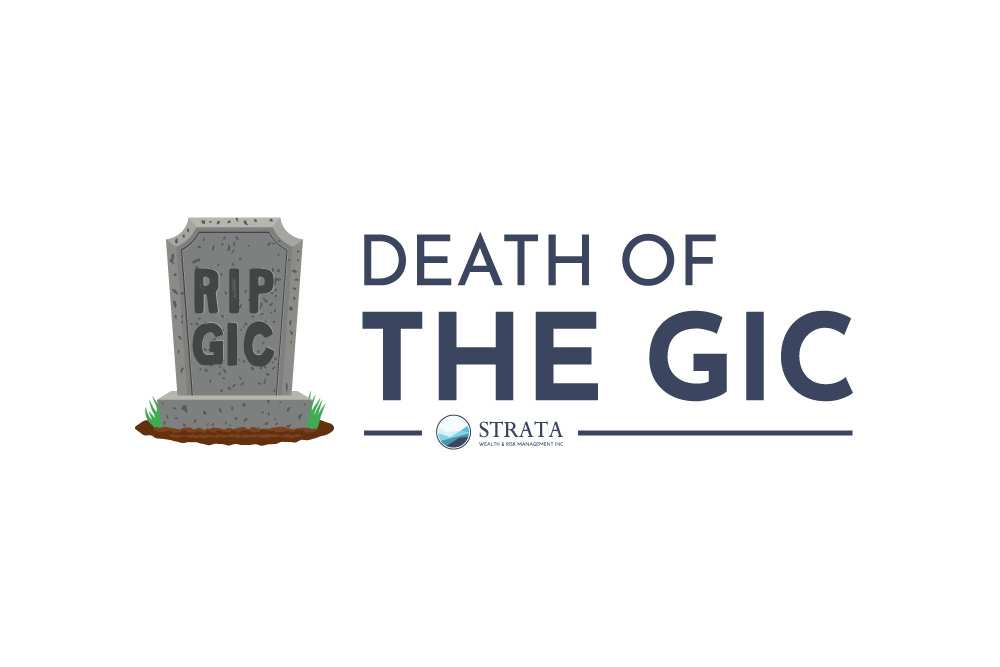 The GIC – Guaranteed Investment Certificate – in Canada has long been viewed as a sure thing for increasing revenue. GICs add interest to an amount paid by the investor after a predetermined amount of time. It is essentially a loan that the investor makes to the bank that is repaid with a certain percentage in interest at the end of the prescribed time.

The problem is that the inflation level has now outpaced the interest level, meaning that the GICs may no longer be such a good investment.

Guaranteed Investment Certificates (GICs) are a way of investing that provides a guaranteed return on one’s investment. The investor pays a certain amount and receives that amount plus the guaranteed interest at the end of the agreed term, referred to as the maturity date

To guarantee the return, the CDIC insures most GICs. Even if the issuing bank or institution runs into trouble or goes out of business, the investor still receives the principal in return. The amount insured is limited to $100,000 and 5 years, meaning that if an investor’s GIC is over $100,000 or maturing after five years, it may not be covered

It is similar to an interest-bearing savings account, except that it is literally a loan to the bank or other financial institution that the investor receives back with interest. Investing in a GIC has no fees

What Kinds of GICs Exist?

Thirty days after the initial investment, the GIC begins to accrue interest up to redemption. Investors who do not desire to cash out at the end of the term can reinvest with the same parameters

The stock market or a group of stocks determines the rate of return. If the value increases, so does the return. The investor may see a large return if the market climbs. The issuer generally limits decreases in the rate. The return value is not a guaranteed amount, but the investors will receive at least the principal amount of the investment

The longer an investor holds the GIC, the higher the rate. For example, some go up by 1% each successive year. Most are three-year investments that average 2% per year, with the third year offering the highest rate

Step-up GICs can be cashed out at any anniversary date for the listed interest rate for that year or those years, but if an investor cashes out before the third year, the return will be lower than if the GIC is allowed to mature to the end of the three years

Earn interest in a foreign currency to maximize interest returns based on exchange rates. Investors who earn money from foreign countries often use this method to increase their gains. However, the interest rate is usually lower than other GICs, and the CDIC does not insure this type. The exchange rate fluctuations will affect the overall return, so foreign currency GICs carry some risk

The interest is added into the principal every so often. The interest may compound monthly, quarterly, twice yearly, or annually. Subsequent interest includes the entire principal plus interest amount. $1000 compounded monthly at 3% results in a return of $1425 after a year

The investor can cash out a cashable GIC at any time, without a penalty. However, the redemption prorates the interest, and the investor will not receive the entire expected amount because the GIC did not reach maturity. The interest rate is calculated to the date of the redemption

The investor is not allowed to cash out until the end of the agreed term or otherwise must pay a penalty. The penalty will probably negate any earned interest and may also eat into the original investment. However, the interest offered on non-redeemable GICs is often higher than that on cashable GICs, so those investors who can leave the money until the maturity date receive a slightly greater reward

The government does not tax the principal of a GIC, because it was taxed as income already.

The interest is taxed when withdrawing it from an RRSP, as usual. It is not taxed at all if it was in a TFSA. Taxes with an RESP are complicated

What Is the Usual Timeframe for a GIC?

The term is variable and may be as little as thirty days and up to ten years. Some might be three months or three years. Just about every time in between the longest and shortest times is possible. A term less than a year is likely to offer a lower interest rate than a savings account that offers high interest, while one longer than five years is not insured by the CDIC

Investors must be as sure as humanly possible that the invested money will not be needed while waiting for the GIC to mature, especially when it is a non-redeemable GIC. The investment is potentially moot if the money is needed before the GIC matures

What Are the Risks of Investing in a GIC?

How Do Inflation and Interest Rates Affect Each Other?

Inflation (the increase in prices of goods and services) and interest rates (the amount a lender charges a borrower) have a unique relationship. While the interest rate is based on a rate set by the government (sometimes known as the prime rate), it relates to the rise and fall of inflation

Low interest rates encourage economic growth, resulting in increased inflation. High interest rates slow the economy, causing a decrease in inflation. The government adjusts the prime rate according to the financial conditions of the country

An investor needs to consider the purpose of investment to determine the best alternate option. Some options are fairly equal to GICs in both risk and reward, while others pose a significantly higher risk but also offer a potentially much higher reward, as well

Real estate that is purchased to be used as a rental property earns income monthly as well as gaining equity over time and increasing in resale value. Properly managed property can often be sold after several years for enough money to ensure a comfortable retirement. Rental property can be either residential or commercial. Commercial properties, while uncommon, may generate more income.

Annuities are another investment option. They provide an income that is regular and guaranteed. An annuity is purchased through a company such as a life insurance company. Payments are then made back to the investor beginning at a chosen date which can be immediately or in the future

Annuity payments – which can be monthly, quarterly, biannually, or yearly, include interest, a part of the initial investment, and a portion from deceased purchasers who did not receive the entire amount of their investment before their decease. Some may choose to have the difference between the received and the paid amounts given to a beneficiary

How Do I Manage My Investments?

Managing investments can take time. Each individual can manage investments alone, keeping track of where the money is being invested and how much return is resulting. Software is available to aid in tracking, or a simple spreadsheet may be sufficient for some people—but an investment of time, as well as money, is required

It is much easier for investors to allow an experienced finance company such as Strata Wealth to manage their investments instead. Strata Wealth has conveniently located offices such as in Gravenhurst, Muskoka, which is in central Ontario, Canada. Four other offices in GTA, Barrie, Victoria Harbour, and Abbotsford, BC, are also available.

GICs have long been a safe and reliable investment option in Canada, but in recent years, the inflation numbers have resulted in GICs becoming a less profitable investment. Investors who desire a significant return on a long-term investment may want to consider an alternative such as stocks, annuities, or real estate

Canadian investors who are unsure of the best venture option for individual requirements are wise to discuss their options with a financial advisor such as Strata Wealth before finalizing their investment portfolio.

2022 year in review from the Strata Wealth Team. Good news from our team and across the globe. 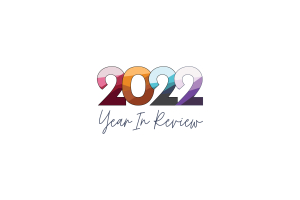 The problem is that the inflation level has now outpaced the interest level meaning that the GICs may no longer be such a good investment. 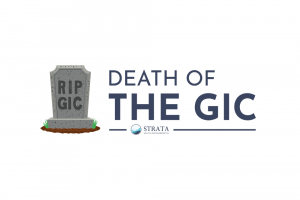 We use cookies on our website to give you the most relevant experience by remembering your preferences and repeat visits. By clicking “Accept All”, you consent to the use of ALL the cookies. However, you may visit "Cookie Settings" to provide a controlled consent.
Cookie SettingsAccept All
Manage consent

This website uses cookies to improve your experience while you navigate through the website. Out of these, the cookies that are categorized as necessary are stored on your browser as they are essential for the working of basic functionalities of the website. We also use third-party cookies that help us analyze and understand how you use this website. These cookies will be stored in your browser only with your consent. You also have the option to opt-out of these cookies. But opting out of some of these cookies may affect your browsing experience.
Necessary Always Enabled
Necessary cookies are absolutely essential for the website to function properly. These cookies ensure basic functionalities and security features of the website, anonymously.
Functional
Functional cookies help to perform certain functionalities like sharing the content of the website on social media platforms, collect feedbacks, and other third-party features.
Performance
Performance cookies are used to understand and analyze the key performance indexes of the website which helps in delivering a better user experience for the visitors.
Analytics
Analytical cookies are used to understand how visitors interact with the website. These cookies help provide information on metrics the number of visitors, bounce rate, traffic source, etc.
Advertisement
Advertisement cookies are used to provide visitors with relevant ads and marketing campaigns. These cookies track visitors across websites and collect information to provide customized ads.
Others
Other uncategorized cookies are those that are being analyzed and have not been classified into a category as yet.
SAVE & ACCEPT
Our Spring Sale Has Started

You can see how this popup was set up in our step-by-step guide: https://wppopupmaker.com/guides/auto-opening-announcement-popups/